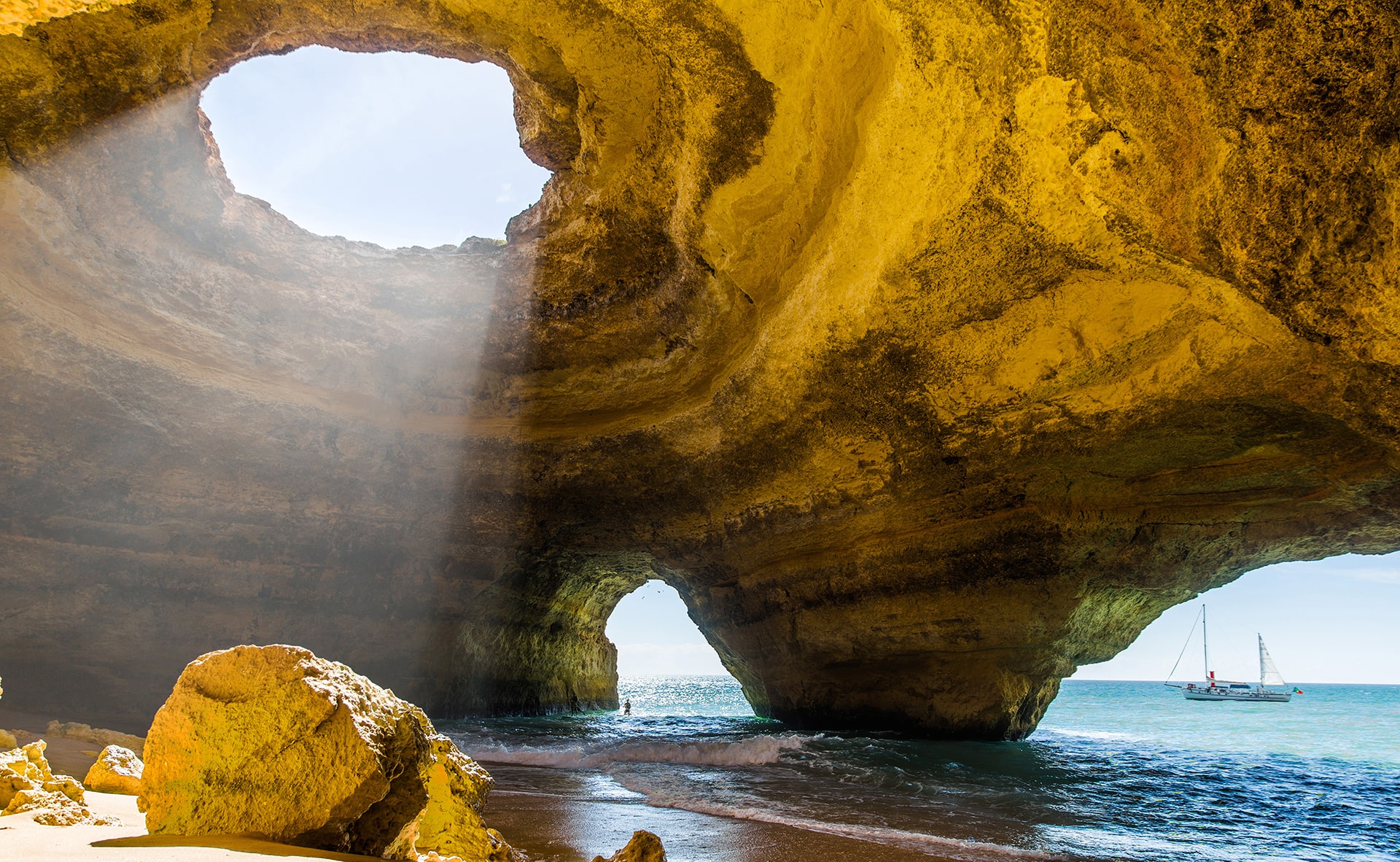 The Benagil Cave: Visiting one of the world’s most unique sea caves

By Yellowfish TransfersJuly 18, 2019 No Comments

Much more than just a cave, the small fishing resort of Benagil also hosts one of the world’s most unique sea caves. Here are some tips on how to get there and how to make the best of your visit.

Located along the southern coast of the Algarve, Benagil sits between two of the most sought-after beaches in the region. With Carvoeiro on one side and Pera on the other, it’s sometimes easy to overlook the small fishing village of Benagil. But you shouldn’t.

Other than an authentic feel and all-around fantastic weather, Benagil is mostly famous for its cave. A tremendous rock formation sitting with two legs inside the sea, secluding you from the sun but not the fresh breeze of the ocean, which swings through it with the carelessness of a place which doesn’t know the change of seasons.

The cave itself is now an absolute “must” in all respectable travel brochures, but it doesn’t mean it’s not secluded. It will still give you the feel of being there all alone, lost between its giant, rocky legs. 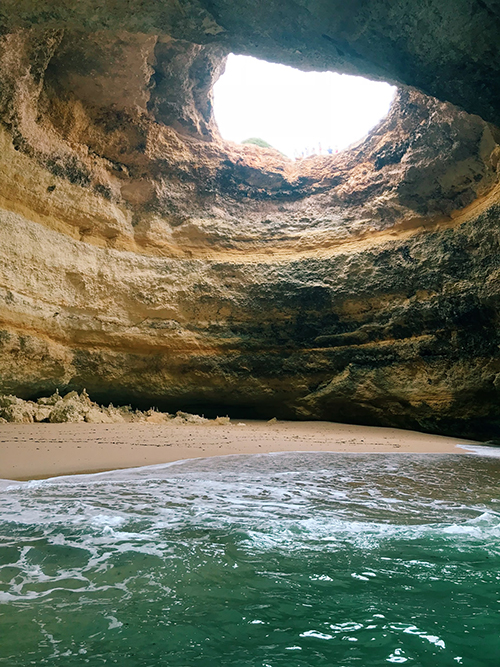 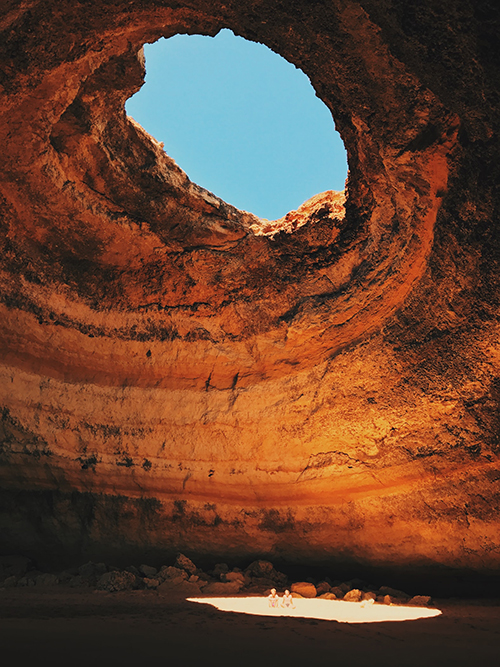 While you’re not advised to swim to the cave from the sea, it’s certainly a possibility. For those more adventurous. But be mindful of strong currents which shift as quickly as the wind.

There are other, easier ways to reach, though. Try paddling, if you’re the sporty type, or grabbing a boat, if you’re in your golden years’ travelling. There are cheap, easy boats from both Armação de Pera and Carvoeiro.

If you’re getting to Benagil itself, the quirky fishing village, expect just a single road as you enter it from the EN125. Just follow the signs to Benagil after that, or try the GPS instead. The closest city to Benagil is Lagoa, where you’ll find better accommodation.

The parking for the beach is very limited. If the official car park is full, you can leave your car along the main road.

If you want to visit the cave, but are not that keen on venturing on your own, cave tours can be booked from mostly any travel agent in the Algarve. They vary from 1 to 7 hours long, depending on whether you’re traveling with a local fisherman or in a big, touristic catamaran. 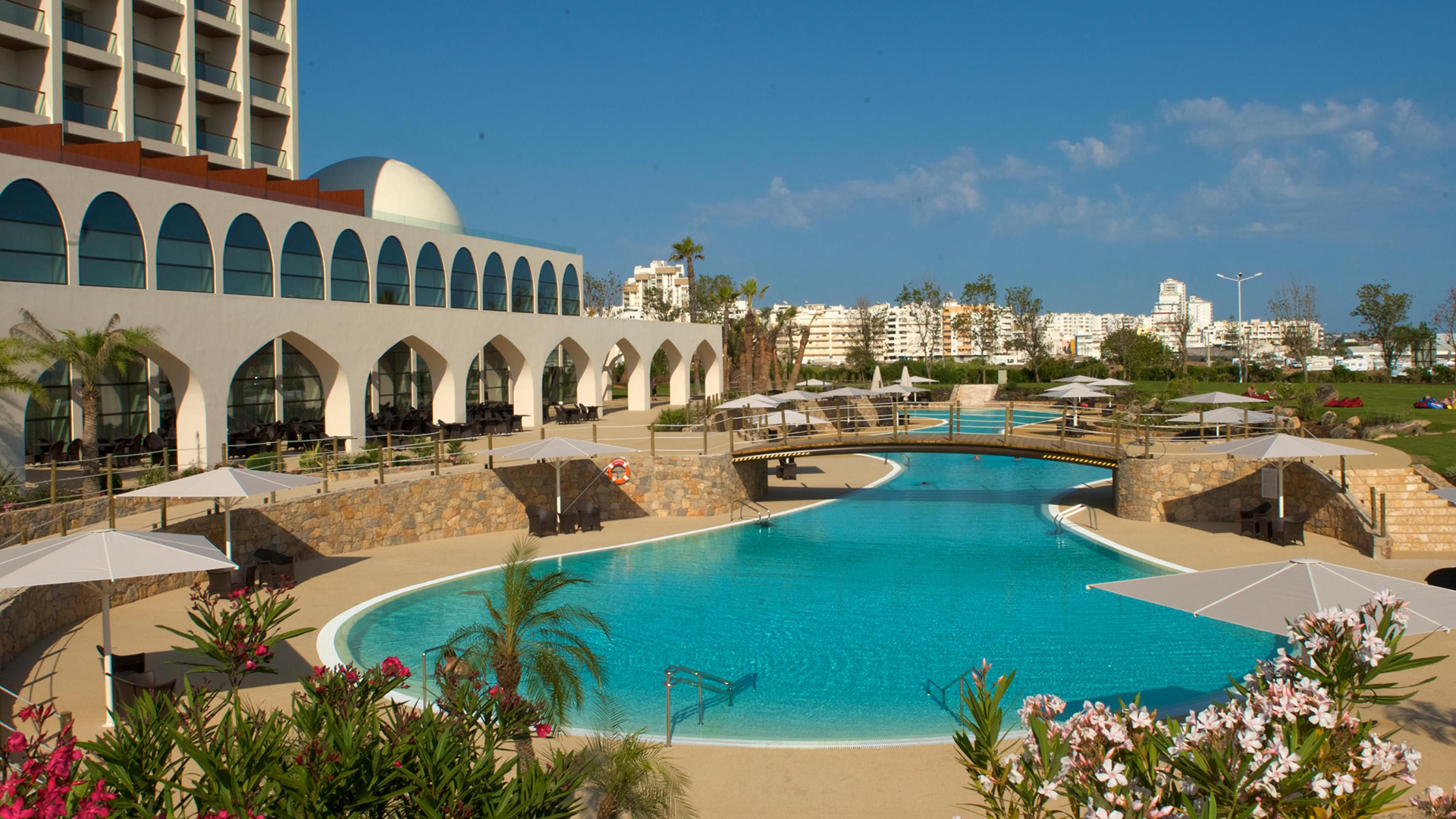 Transfers from / to Crowne Plaza Vilamoura

Transfers from / to Crowne Plaza Vilamoura